Storytelling: The Secret Weapon in Your Next Quarterly Earnings Conference Call 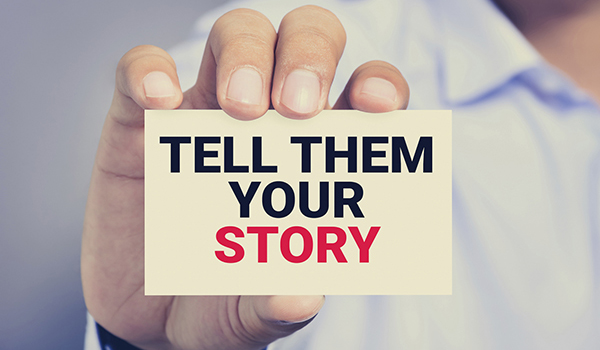 For most publicly traded companies, the quarterly earnings conference call is an investor relations staple – an important communications tool to reach analysts and investors. Estimates are that 98 or 99 percent of companies today hold earnings calls. For good reason. For one thing, these calls help analysts develop more accurate earnings expectations.

Over the years, we’ve listened to and critiqued many such calls. One of our frequent assignments is to critique a client’s most recent conference call along with the calls of two of its competitors. We then prepare a detailed report analyzing and offering suggestions for improving several elements of the call: scheduling and structure, messaging, executive communication skills, and Q&A. So, we have a pretty good idea of what a best practices conference call sounds like.

Unfortunately, many of today’s executives lack conference call savvy, and continue to use the predictable, but outdated and self-defeating features that are usually part of these calls. One of the most serious problems deals with messaging. Listen to most conference calls and most of what you hear is a recitation of facts. But facts or numbers alone don’t provide perspective or demonstrate your vision or command of a situation. And besides, analysts have already seen the numbers in the earnings release. They want meaning, context, insight, perspective. What’s the secret to making the numbers come to life?

One way to provide that is through stories. Effective storytelling is critical if you are going to reach analysts, investors, reporters and others who follow your company. Here’s what we mean by storytelling:

First, there’s storytelling on a macro level. Every company has a story – a core idea – something that makes it different from its competitors. And if the company is traded publicly, its story can make it an attractive investment option.

The Starbucks story is all about “your third place.” There are several important places in our lives. Our home is one. Our workplace is another. Starbucks wants to be your third place – somewhere you want to go to relax and spend time – regularly. Oh, and have a cup or two of coffee.

For Panera, the story is healthy, fast food served in a pleasant environment.

Successful companies have a laser-like focus on their core idea or story.

Anything that doesn’t relate or contribute to that key idea is superfluous and a potential distraction that should be avoided. Successful companies also communicate their story – repeatedly – to achieve awareness and understanding. Repetition and reinforcement are powerful tools, and a company’s story needs to be told and retold at every appropriate opportunity, including during earnings conference calls.

The other form of storytelling occurs at the micro level.

On a daily basis, amazing things occur throughout most companies. Nordstrom is a department store known for providing outstanding customer service (its macro story). You’ve probably heard of some of the things Nordstrom employees have done for customers: one employee ironed a new shirt for a customer who needed it for an afternoon meeting. Another employee gift wrapped items a customer bought at Macy’s.

A few years back, we were coaching a number of executives at a company that owns and manages shopping centers throughout the United States. Our goal was to help them improve their quarterly earnings conference calls. For several quarters, the company’s financial results had been disappointing because of the recession. During the coaching session, the CEO mentioned that there were signs that things were starting to improve. Then he relayed a story about a phone call he recently received from an executive at Target, the giant retailer. The call was a “heads-up” that in the coming months Target planned to build a number of new stores which would serve as anchors for several new shopping centers. When we asked the exec whether he planned to tell that story in his upcoming conference call, he said no. We convinced him to do otherwise – even if he couldn’t reveal the name of the retailer.

Simply telling analysts that “things are starting to look up” would have lacked impact. It’s a cliché; analysts have heard it before (and probably wouldn’t believe it). But when you tell them that a national retailer is planning to expand, that resonates and enhances credibility.

Every earnings conference call needs such stories. But you need to find them. That means developing a network of employees to help you unearth those gems. If you’re the head of investor relations for your company, part of your job involves talking to the engineers, plant managers, supervisors and others on the front line who can provide the stories that will bolster the facts and numbers you plan to convey.

But you might be thinking, “Wait a minute. Analysts are a special breed. They’re ‘numbers’ people – perfectly happy with loads of data. They don’t want stories.” Wrong! They are human beings who have an emotional side as well as an analytical side. And human beings are hard wired to pay attention to (and remember) stories.

When you develop the content for your next quarterly earnings conference call, be sure there’s a reference or two to your company’s macro story along with several micro stories that relate to key developments or trends during the quarter.

For help telling your story, get in touch with us.