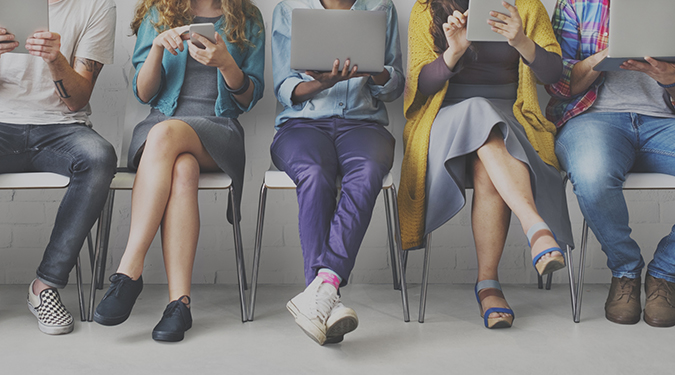 It had to be one of the company’s worst nightmares: Some years back, Domino’s Pizza learned that two of its employees in North Carolina posted videos of adulterated food on YouTube. The employees, who were bored working on Easter Sunday, decided to amuse themselves by uploading vulgar videos, one of which showed an individual putting mozzarella cheese up his nose and then blowing the cheese onto a sandwich. Some one million people saw these videos before they were removed from the site several days later. The North Carolina store where the videos were shot eventually had to be closed.

Organizations today operate in an environment loaded with new threats to their reputations. Those threats can come from a variety of new media and social media sources: text messages, blogs, protest sites, digital videos, tweets, etc. As two scholars once wrote, “Today, anyone armed with a $100 digital camera and Internet connection is a potential Spielberg or Riefenstahl.” (Leni Riefenstahl was a German film director and alleged propagandist for the Nazis.)

The way in which large and small companies, other organizations and even individuals respond during a crisis has changed – with the advent of Facebook, Twitter, YouTube and the like. That’s not to say the traditional ways of communicating during a crisis (e.g., press briefings, news conferences, media interviews, letters to the editor, advertising, etc.) are no longer important. It’s just that these tools may not be enough. To protect yourself from new threats, you need to use new strategies as well.

Know how to use social media

During one of our assignments in Canada briefing a company’s top executives on crisis management, we asked how many of them were familiar with LinkedIn, Facebook or Twitter. Some responded with blank stares. Others said they thought Facebook and Twitter were for their teenagers.

Social media are now mainstream in business, and business leaders must understand how these new tools of open, transparent, non-hierarchical, interactive and real-time communication work. Social media represent a significant shift in the way people communicate – especially the younger generation. Therefore, you should learn the basic social media networks, their language and how they work. In many of the scenarios we develop for use in our crisis spokesperson training, we incorporate fictional damaging videos to test the client’s ability to respond quickly and efficiently to this new element of crisis management.

Monitor what’s being said about you

Odds are that an unhappy customer, a disgruntled employee or even a contract worker intending no harm will say or show something on social media that can prove damaging to you or your business. You need to know about it. So it’s critical that you are monitoring what’s being said about you. This is especially important if you do not yet have (or plan to have) an active social media presence. (Domino’s was first alerted to the disturbing viral video by the consumer watchdog organization GoodAsYou.org.) Some companies have a social media function; its responsibilities include monitoring. You can also hire PR and other firms that specialize in social media monitoring (e.g. United Corporate Services, Inc.).

Research shows that about 30 percent of corporate crises are caused by employees. So the widespread use of social media makes employee-related social media mistakes more likely. The best way to prevent problems is to develop a social media policy for employees. These policies vary by company, but generally consist of guidelines or rules governing social media use. The goal is not to prevent or discourage employees from using social media (that’s neither legal nor practical), but to help them understand what is acceptable and inappropriate behavior. For example, sharing customer information, discussing proprietary technology, and “trash talking” the company are all unacceptable – even if they are done while off the job. It’s also a good idea to let employees know that the company has the right to monitor employee use of social media, and if appropriate, take disciplinary action against offenders.

In a world where joint ventures, intercompany partnerships and significant use of contract workers are standard fare, it also makes sense to ensure that everyone “representing” your company understands the proper and improper use of social media.

No longer do victims (or “villains”) have the luxury of time – responding days or sometimes even hours after a crisis surfaces. Just as today’s public is used to getting “instant” news, it also expects an “instant” response from the party or parties involved in a crisis. Too often, while a company’s PR and legal departments are carefully crafting, reviewing and re-crafting a response, the public is tweeting, e-mailing or otherwise communicating about the issue or event. In today’s world, speed wins, and social media enable you to engage rapidly and simultaneously – directly with your audience.

Many executives have tunnel vision when it comes to social media. They just see it as a tool that can be used against them by their critics. But they fail to realize that they can use that same tool to help manage a crisis. For example, in the Domino’s Pizza video that went viral, the company’s U.S. president used YouTube rather than a traditional press release to apologize for the rogue employees’ behavior. This approach made sense because the best chance of reaching the audience that saw the disturbing videos on YouTube was through YouTube. (Initially, Domino’s used the Internet to upload a video response on its corporate website. However, the number of people who viewed the response was a fraction of those who saw the employee prank videos on YouTube.)

Southwest Airlines did something similar after one of its followers on Facebook posted the following: “How about those twins that got bumped for being overweight? Not very good for SW that claims to be customer service oriented on all those ads! Shame.” Rather than responding with a disproportionate show of force through the traditional news media or ignoring the posting, the airline provided an explanation on its Facebook page – targeting those who might have read the criticism.

Crises have become a growing, prominent and permanent feature of life in the business world. The paradox of social media is that it has made them both more challenging and easier to manage.