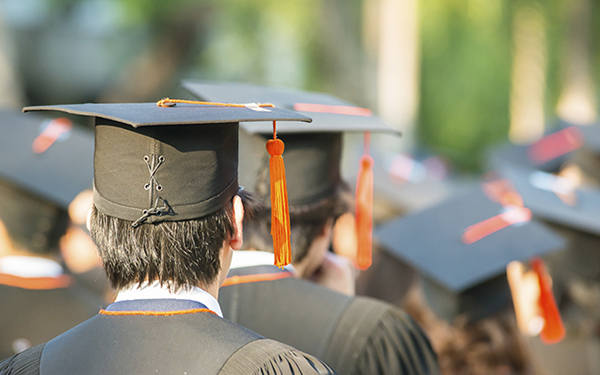 It’s that time of year – when the newest crop of college graduates find or hope to find their place in the workforce. So, what are their job prospects? Pretty good, actually.

In his May 15 commencement address at Rutgers University, President Obama told the audience, “You and your fellow graduates are entering the job market with better prospects than any time since 2007.”

Well, while newly minted college graduates are upbeat, the same can’t be said about employer attitudes toward those graduates. According to one study by American Express and Gen Y research firm Millennial Branding, managers have an overall negative view of young workers, and point to their lack of certain skills such as communication.

As a communication skills development firm, we’re alarmed at news like that since the ability to communicate effectively is frequently ranked the number one key to success by business leaders. (In one survey, executives earning more than $250,000 a year were asked to cite the primary factors in achieving success. First on their list? Communication skills.)

In our workshops, we frequently encounter employees who are just beginning their careers. Also, one of our staff members is an adjunct faculty member who teaches a graduate-level communications course at a large university. So, we feel comfortable in weighing in on this topic. Here’s our take on what employers are likely to see when it comes to the communication skills of younger workers, and what might be required of employers who want to see an improvement in those skills.

Without a doubt, the communication skills of Millennials (born between 1977 and 1998, and just beginning to enter the workplace) are sub-par when compared to those of Baby Boomers (born 1946-1964) and even Generation Xers (born 1965-1976). Several skills are particularly problematic:

Reports, letters, memos and other forms of written communication have not disappeared in the business world. They’re as ubiquitous as ever. So it’s still important for a young hire to be able to communicate effectively and correctly through the written word. In other words, vocabulary, spelling, grammar, punctuation and proofreading still matter. (See, your teachers were right!) But if you haven’t seen the kind of writing that’s being generated by many younger people today, you’re in for a shock when you see it. (One of our favorite examples is a video clip we have of a news story where the name of a site manager was superimposed on the screen along with his title, “sight” manager.)

A lot of young people are so used to communicating in the terse, informal, even slang manner used in texts and tweets that they adopt a similar style when communicating with their bosses, customers or clients. I regularly get business texts or emails that begin, “Hey, Ken” and then continue, “How R U?” Millennials also tend to share very personal and even inappropriate information on social networks, and they seem to have lost the ability to exercise discretion in their business communications.

It takes practice to master the art of conversation. Some millennials don’t get much practice. Because of their extensive reliance on online communication, many of them have missed out on the face-to-face interactions previous generations have benefitted from – benefits such as learning how to speak in a professional manner, listening attentively, and reading body language. It’s been said that younger workers would rather send an instant message than walk down the hall to speak directly to a colleague. If that’s true, they are missing out on more than physical exercise.

Not infrequently do we get requests for help from clients who tell us they have young engineers who come up with innovative project proposals, but who cannot communicate them successfully to senior management. Although age and inexperience often contribute to this problem, many in the Millennial Generation don’t understand the importance of knowing the audience (executives have limited time and short attention spans, but are quick studies) and tailoring the message to that audience. Their presentations often fail to get to the core message – quickly and directly.

The reasons why members of the Class of 2016 may be deficient in the communication skills mentioned above are many and varied. In some cases, it’s because English is not the person’s native language. Another reason could be the kind of primary, secondary or even college education the individual received. A major contributor, however, is technology. Skills atrophy when they are not used. And these young folks grew up with technology that does not require mastery of the English language.

How Employers Can Help

So, what do you do if you’re someone who interacts with or manages a member of this interesting cohort? Is the answer found in the title of a book about Millennial-age workers, “You Raised Us, Now Work With Us”? Not really.

First, accept the fact that young people are probably going to bring a different skill set to the workplace. And that skill set may include diminished communication skills.

Second, look for mentoring opportunities. Pair these workers with colleagues who have mastered the communication skills that are valued and critical in your organization. Be sure the mentor knows that his or her primary role is to help cultivate specific communication skills.

Invest in training. All generations of employees value it. Millennials are no different. They are especially receptive to highly interactive workshops that involve on-camera practice and other learning-by-doing activities. In the past, many companies have incorporated topics such as office protocol or how to read a balance sheet into new employee orientation programs and other in-house training. It may be time to add a module on effective communication. Junior colleges, colleges and training companies offer a wide variety of “off-the-shelf” and customized courses and workshops.

Employees who can communicate effectively – face-to-face, on video, one-on-one, to large and small groups, on conference calls and in other venues – will have lots of job security. They will also be valued assets to their organizations.