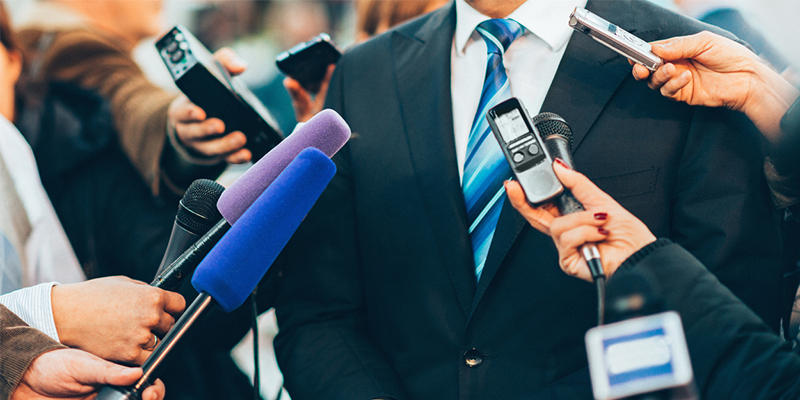 Crises have become a predictable feature of everyday life in business. Recently, a shareholder revolt at Uber made it impossible for founder and CEO Travis Kalanick to stay on at the ride-hailing service company, which was found this year to have a workplace culture of sexual harassment and discrimination. Takata, the Japanese auto parts maker of millions of defective air bags, filed for bankruptcy protection in Japan and the United States. The list could go on … and on.

At some point, every organization – yours included – will likely need to manage an accident, event, or some difficult issue. One component of effective crisis management is communication. There have been instances where companies have done a good job of handling the emergency, but failed to communicate or communicate in a timely or effective manner – creating the perception that the crisis was ongoing or that the company was hiding something or ignoring public concern.

How can you acquire the communication skills needed for effective crisis management?

Former BP CEO Tony Hayward, who showed his seriously sub-par communication skills during the company’s disastrous oil spill in the Gulf of Mexico in 2010, offered this perspective: “If I had done a degree at RADA (Royal Academy of Dramatic Art) rather than a degree in geology, I may have done better.”

So, should you head over to London to enroll in this prestigious drama school? Not really. And since few, if any, U.S. colleges or universities have incorporated courses on crisis management, let alone crisis communications, into their undergraduate or graduate business curricula, how do you get and keep up to speed? Here are our recommendations.

If your organization is fortunate enough to have professional communicators on staff or if you have access to such individuals through a public relations firm, you can benefit from professional counsel. Most communicators have at least some familiarity or perhaps some experience with crisis communications. They know how to conduct press briefings and news conferences – two of the most important tools of crisis communication. Also, they know how to draft press releases, and craft messages, including those for social media. These individuals also can guide you on the appropriate interaction with the news media.

Familiarize yourself with past major crises

The modern field of crisis management was spawned by such watershed events as the Three Mile Island nuclear accident (1979), the Tylenol poisonings (1982), the Bhopal, India poison gas release (1984), the Chernobyl nuclear disaster (1986) and the Bridgestone/Firestone tire recall (2000). Many of these crises are valuable case studies of poorly handled communication. (An exception is Tylenol, where Johnson & Johnson communicated effectively to various audiences – in a pre-Internet world no less.) These and other notable crises have been analyzed and written about extensively, and provide a wealth of communication do’s and don’ts.

Do a literature search

Anyone interested in getting a tutorial on crisis management is in luck. Books and articles on the topic are plentiful. For example, this writer’s bookshelf contains titles such as Managing Crises Before They Happen, Why Some Companies Emerge Stronger and Better from a Crisis, and Now Is Too Late: Survival in an Era of Instant News. The Harvard Business Review has been a particularly valuable resource with articles such as “Preparing for Evil,” and “Reputation Warfare.” A few minutes on Amazon or Google will be time well spent.

For instance, when a passenger on a United flight was forcibly removed from the plane this April (the incident was captured on social media), United made the serious mistake of delaying a heartfelt apology. Instead, the company’s CEO seemed to defend the action – perhaps trying to connect with United employees who regularly have to deal with upset customers. The CEO eventually “got it right,” but to some people his apology was “too little, too late.”

Sending video clips or clips of print stories along with a short analysis to select individuals, or even allotting time for discussion at a management meeting is a good way to keep your execs thinking about what constitutes good crisis communications. As we said earlier, crises are a predictable feature of business life. You’ll have a steady stream of material to use in your education efforts.

Some of our clients, especially technically trained individuals, tell us that they’re not good at communicating – that communicating, especially in a crisis, should be handled by someone else. Here’s our reply: What is a skill? A skill is something that can be taught, learned and applied. Golf is a skill. Through instruction and repeated practice, you can improve your game. Well, communication is a skill. And the principles of effective crisis communication can be taught and learned, and applied when your organization faces its crisis.