Starbucks in Philly: Not Much Brotherly Love . . . But Effective Crisis Management 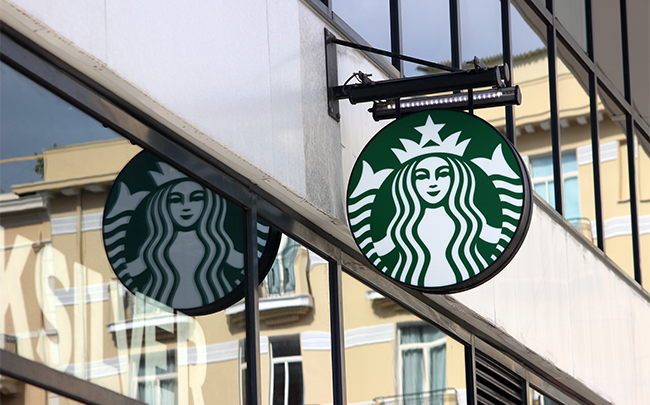 Like most companies, Starbucks, which operates some 27,000 locations worldwide, has had its share of problems and crises. For example:

▪ Its iconic logo (an image of a twin-tailed mermaid or siren) has undergone a number of changes over the years. But when the company temporarily reintroduced a vintage version of that logo in 2006, controversy erupted – partly due to the siren’s bare breasts.

▪ In 2015, the company launched a marketing campaign promoting conversations about race between customers and employees. Baristas were asked to write the hashtag #RaceTogether on customers’ cups. Some media outlets labeled the campaign a “fiasco.”

▪ In November 2015, Starbucks introduced new seasonal cups that were no longer decorated with Christian-oriented imagery, prompting critics to claim the company was waging war on Christmas.

But perhaps its most challenging crisis occurred last month when two African-American men were arrested in a Philadelphia Starbucks store. The men, who had not yet purchased anything, but were waiting for another individual to arrive, asked to use the restroom. The manager said it was for paying customers only and asked them to leave. When they refused, police were called and the men were taken away in handcuffs. You guessed it: a video of the arrest went viral. Over the next few days, national outrage mounted. Black Lives Matter protesters arrived at the shop amid calls for a boycott against Starbucks.

Crisis management experts tell us there are a number of steps that organizations should take after a damaging event occurs. And Starbucks is no neophyte when it comes to managing crises. So let’s take a look at some of the steps it took to recover from the damage caused by the Philadelphia incident:

1. It was candid and quick to respond.

When an accident, or problematic incident or issue occurs, some companies go into denial by ignoring or downplaying what happened. Starbucks did neither. Instead, it recognized that it had a problem, and immediately began to deal with it – in a public, straightforward manner.

Several days after the incident, Starbucks CEO Kevin Johnson appeared on ABC’s “Good Morning America” for an interview. Two days later, Executive Chairman Howard Schultz did likewise on CBS’s “This Morning.” This strategy contrasts favorably to one where executives “run and hide” while lower level managers or PR folks speak for the company. In a serious situation, it’s critical for top management to take an active, visible role in managing and communicating.

It promptly issued an apology, calling the arrests “reprehensible.” The executive chairman said he was “ashamed” and “embarrassed.” It also used its website and social media to communicate with the public.

4. It sought outside help.

In a crisis, asking for help or advice from victims, government, the community, etc. is a powerful way to help repair a tarnished reputation. Starbucks’ CEO flew to Philadelphia to meet with the two men, as well as with government officials and religious and community leaders.

After a number of recent school shootings, we’ve been hearing some people demanding action, not just “thoughts and prayers” for the victims and their families. In other words, actions speak louder than words. After most crises, it’s important to find a way to pay the price. In this situation, Starbucks did several things:

▪ The store manager who confronted the African-American men was removed from the location, with the Philadelphia Inquirer reporting that she was let go. (Our take is that while the manager probably did not “read” this particular situation well, she was following company policy regarding restroom use and police involvement. Most likely, she was given some financial compensation and/or help in finding other employment. At least, that would be our recommendation.)

▪ The company announced that it would close all of its U.S. stores for the afternoon of May 29 while its 175,000 employees undergo “racial bias training.” The cost to temporarily close the stores is estimated at $12 million in lost revenue.

▪ It indicated that its restrooms will now be open to everyone.

▪ It made a financial settlement with the two men, that included covering tuition for their bachelor’s degrees.

Starbucks seems to have handled this crisis extremely well. That said, this was a crisis that might have been preventable. How so? While not all crises can be predicted or prevented, some can. Most crises leave a trail of early warning signals. So it’s critical for a company to spot those signals and respond appropriately.

Prior to the Philadelphia incident, an African-American man was denied the code to use a Starbucks restroom in southern California, while a white customer who also had not made a purchase was given access at the same Los Angeles-area store. Although that incident did not rise to crisis-level proportion, Starbucks should have recognized it as a “wake-up call” – especially in light of the wide range of racial issues that have surfaced in recent months and years.

In short, Starbucks failed to address the sticky issue of the restroom use before it turned into a crisis: Did the policy of limiting use to customers still make sense? Were employees trained to spot and properly deal with touchy situations? In what situations should the police be called? Etc.

Another misstep occurred when protesters arrived at the store after the incident. The company appeared caught off guard and unprepared to defuse the anger. (The protest leader used a bullhorn inside the store.) It also missed an opportunity to have someone from the company saying something powerful – which would likely have been recorded and used on local and national TV and social media.

Crises have become an inevitable part of life in the business world. When your crisis occurs, you’ll do well to follow Starbucks’ example of timely, decisive and effective crisis management.