How to Present at a Teleconference 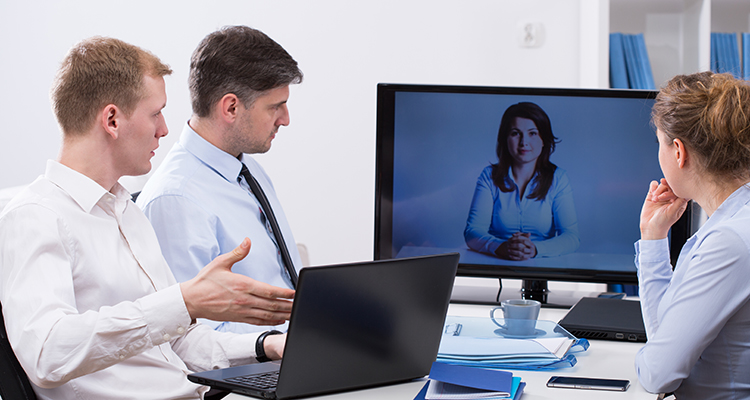 It’s a given that the ability to deliver an effective presentation is a critical skill in business. But today, some presentations may have to be delivered via teleconference or videoconference. Cost is one reason. When your audience is in different locations, travel costs may make face-to-face meetings prohibitive. Time constraints of busy professionals are another reason. What’s more, a wide variety of both free and fee-based technology tools out there are making distance presenting easier and more common.

Teleconferences, videoconferences and webinars are effective ways to reach audiences. However, there are some trade-offs from conventional presenting you need to be aware of. In this article, we’ll focus on teleconferences or webinars involving this format:

Also, our focus will be on the presenter’s delivery skills, not on the various technology platforms that can be used to broadcast the presentation.

If you’ve ever participated in a teleconference as a presenter or as an audience member, you know that there are some challenges to overcome. Presenters often seem to lack energy and sound flat – especially if they are reading a script. This bores the audience and they quickly begin to multi-task – checking and sending emails and texts, surfing the internet, etc.

To minimize or eliminate these and other problems, consider the following:

One of the biggest disadvantages of presenting via teleconference is the inability to see the audience and therefore, feed off their energy. So you must take other measures to generate energy, which the audience needs in order to remain engaged. Aim for about a 50 percent increase over your normal energy level. Here are some ways to do that:

Remember, in a teleconference, of the three communication components that connect you with the audience (visual, vocal and verbal), one of them is missing – the visual. So, the vocal element takes on added importance – contributing some 86 percent to making that connection.

In a face-to-face presentation, a solid presenter can usually hold an audience’s interest for about 20 minutes. Audience attention wanes more quickly in a teleconference – so use these strategies:

Avoid reading from a script

You’re at a concert. The performer plays or sings every song without once using sheet music . . . for the entire two-hour show! You’re impressed . . . even if you weren’t consciously aware of it. Do likewise when presenting via teleconference. Don’t read a script because you know the audience can’t see it. They can hear it. Research shows that script readers are perceived as less knowledgeable. They also sound less interesting. Instead, use notes but speak conversationally.

In most teleconferences involving visuals (usually PowerPoint), the audience is listening by phone or streaming audio while the visuals are being projected online. There are several approaches you can take. Here’s the best approach: