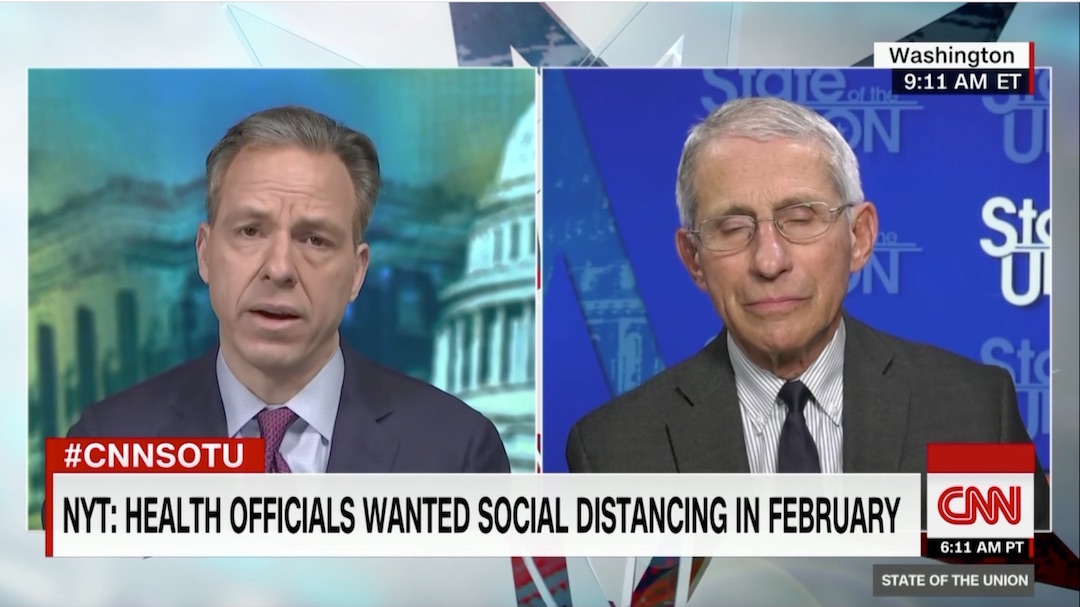 As a public health expert and a highly skilled communicator, Dr. Anthony Fauci is viewed as one of the most trusted figures in the fight against COVID-19. But even talented and experienced communicators like Fauci can talk themselves into trouble by answering hypothetical questions that call for speculation. He stumbled into that trap when asked during a CNN interview if lives would have been saved by starting social distancing and other measures earlier. In this clip, Fauci seems to recognize the trap but goes ahead and answers the question, a decision he ultimately regretted.

Fauci’s answer led to a firestorm of headlines alleging he was attacking the Trump Administration, which Fauci later denied. At the next Coronavirus news briefing, the doctor diagnosed his problematical response. “Answering hypothetical questions can get you into some difficulty,” he said. Instead of answering the way he did, Fauci might now prescribe an answer such as, “I don’t want to speculate about the past. I would rather focus on the present and the future of social distancing.”  That’s a prescription every communicator should follow when faced with a hypothetical question.

Hypothetical questions are one of the many clever traps that the media will use to get you speaking according to their agenda instead of yours. Brilliant communicators can recognize these pitfalls and steer clear. Don’t get caught in a game with the media. You can gain the insights needed to be the most masterful communicator in any interview – even when facing seasoned media professionals. Call us direct at 281-240-2026 when you’re ready to take your media game to the next level.