Developing and Selling Your Company’s Story 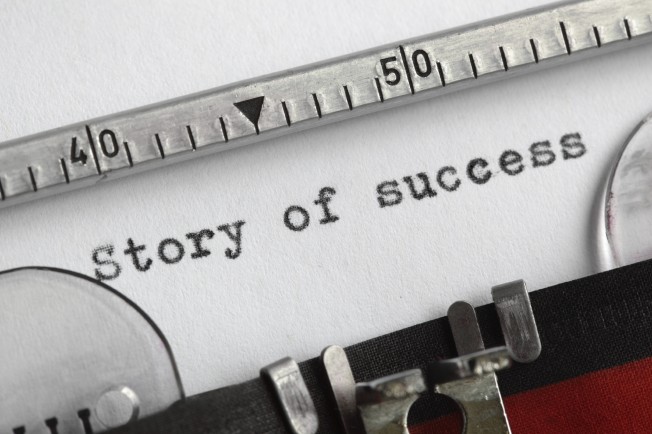 For most publicly traded companies, the annual or biennial analyst presentation is a financial communications staple – an important tool to reach analysts and investors. The time, effort and money some companies invest in these presentations can be staggering. For example, one of my clients provided extra compensation to about a hundred select employees to come to work on a holiday to serve as an audience and pose questions during an analyst presentation practice session. No doubt an expensive investment, but also a smart one.

Know Your Audience. So what’s to know? You’re talking to analysts – people whose job is to know your industry and company inside out, right? Sure, but your audience may also include institutional and individual investors, employees, business reporters and others. Rather than thinking of your audience as a homogeneous group, view them as a collection of individuals with varying levels of interest and knowledge about your company and different information needs and wants. This more diverse audience can impact the content of your presentation as well as how you communicate that content. For instance, you may have to cut back on the jargon and other shorthand that have become part of your vocabulary.

Have a Strong Opening. Most analyst presentations begin in a predictable way – with a profile of the company, including such things as its mission statement, business divisions, facility locations, number of employees, senior management, etc. Not only is this approach boring, it’s self-centered. Instead, right at the start, tune in to the audience’s frequency by answering this question they are asking themselves: “What is it about this particular company that will benefit me or my client?” The one part of any presentation guaranteed to get audience attention is the opening. But most audiences will give you only about one minute to show them you have something important or interesting to say. Don’t squander this moment on the ordinary, the mundane, the expected. Deliver a message they can use – one that’s simple, concise and memorable.

Go Beyond a Litany of Facts. Business people love data, which explains why so many business presentations are loaded with it. Analysts love data. But they want and need something more – meaning.

Let’s say you’re a U.S. international energy company that’s been aggressively acquiring hydrocarbon assets in the energy-rich region of Queensland, Australia. You now have permits in five million acres in a state with more than nine billion barrels of oil equivalent reserves and an amazing 42 percent exploration success rate. Great! Make sure your audience knows that.

But that’s only part of your message. Here’s the rest: China is now the second-largest economy, and has surpassed America as the world’s biggest energy user. But China will exhaust its domestic oil reserves by 2018 and deplete its coal reserves by 2032. So the country is importing vast amounts of liquid natural gas (LNG).

LNG comes from unconventional sources such as coal seams – found in abundance in Queensland. Gas from this coal can be liquefied and transported in ships – to China. And China is buying more energy from Australia than from any other country. All of this makes our hypothetical energy company a very attractive investment.

As a presenter, you must do more than merely share data; you must provide the insight and meaning associated with that data.

Use PowerPoint Sparingly. PowerPoint is a great tool, but it’s frequently misused – i.e., overused. Most presentations today incorporate mind-numbing visuals – large numbers of slides, multiple points per slide, and too many words. A better approach is to use PowerPoint for such things as pie charts, bar graphs, diagrams and photos, but minimize or even eliminate “word slides.” Projected images are competing with you for the audience’s attention. Just as you can be only in one place at a time, your audience can process only one incoming message at a time. They are either listening to you or viewing your visuals. Powerful presenters rely on themselves rather than on PowerPoint to reach an audience.

Have Solid Platform Skills. The best ideas are no better than ordinary if they aren’t well delivered. Here are several of the most important delivery skills to master:

▪ High energy: Your “business poker face” – that unemotional, inexpressive persona that may serve you well during an intense negotiation – prevents you from connecting with your audience. Just as people naturally gravitate to individuals with outgoing personalities, they are inclined to listen to ideas presented with energy and conviction. Communication is selling, and successful selling involves transferring energy and enthusiasm from speaker to listener. To help sell your message, increase your normal energy level 50 percent when presenting.

▪ Minimal reliance on notes: Although it often appears that skillful presenters are “winging it,” this is rarely the case. To paraphrase from a Rod Stewart song, “Their ad-libbed lines are well rehearsed.” The paradox of successful public speaking is making prepared remarks seem spontaneous. Strive to look at your notes no more than 15 percent of the time while presenting. You achieve that through practice – preferably, three times, aloud, on your feet, into a video recording device.

▪ Sustained eye contact. Most business situations call for “involvement.” One of the best ways to show it is through eye contact: When we’re excited and fully engaged, we tend to look at someone for about 5-10 seconds. Great presenters have mastered this skill, and deliver one complete thought to one pair of eyes. In large-group situations, they focus on several individuals who serve as proxies for the entire audience.

Nail the Q&A. The most valuable part of many presentations is the Q&A segment. In a recent study, buy-side analysts said that 45 percent of the time spent on earnings calls should be devoted to Q&A. Responding to questions is two-way communication – the best kind of communication. It gives the audience a chance to participate actively and you a chance to get feedback and gauge their understanding of your message.

▪ Before presenting, identify the questions you’re most likely to get; be sure to verbalize your answers rather than simply thinking about how you’ll respond. Also, develop a list of the questions you hope no one asks. Then answer them.

▪ For each question, listen… think…then respond – in that order. If necessary, take 5-10 seconds before responding. The silence may seem like an eternity to you, but to the audience you will appear thoughtful.

▪ Audience questions can be used as a springboard to your agenda if you use the technique of bridging. Think of the equation Q=A+1, in which Q represents a question from the audience, A represents your answer, and +1 represents the bridge to your point or agenda. Consider this question that might be asked immediately after a pipeline accident and your possible response:

+1:            Our concern is for the families who live near the pipeline and getting them back in their homes as quickly as possible.

If you want your company’s message to stand out, you must stand out among the many other presenters analysts will hear from. And that may mean eliminating comfortable, but outdated and self-defeating communication patterns.

This article was written by Ken Haseley and appeared in the supplement, “Midstream Capital Formation”  in Hart Energy’s June 2015  Midstream Business publication.