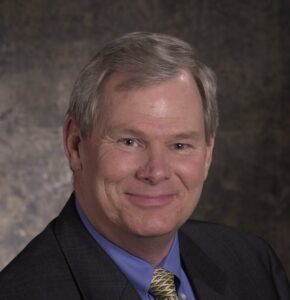 Bruce Hicks, a veteran communicator with 45 years of experience in the news media and public relations, is partnering with The Ammerman Experience to provide additional support in the area of crisis management.

Hicks is a recognized expert in crisis management, with experience in labor, financial, legal and regulatory communications as well as in physical crises.

Through his firm, The Alliant Group/Houston, he has developed crisis and emergency operating plans, tabletop exercises, and crisis drills for clients. He has also directed or supported communications during six major airline fatal accidents.

Hicks consulted with American Airlines on a wide variety of issues for more than 15 years, including labor organizing attempts, contract disputes and strikes and the September 11 tragedy. He served as communications strategist and media spokesperson during American’s successful effort to restructure all labor agreements and avoid bankruptcy in 2003, and again in that role during American’s bankruptcy restructuring in 2012 and 2013.

For long-time client Starwood Hotels & Resorts Worldwide, he developed all of the crisis management plans for the company and assists daily with the emergencies and crises occurring at its 1,100 properties in more than 100 countries.

Other clients include Delta Airlines and United Airlines as well as Ethyl Corporation, Coastal Corporation and Crown Central Petroleum

As a journalist for eight years, Hicks was a writer for United Press International and the Houston Chronicle, where his focus included medicine, science, energy and aerospace. In addition, he was a night city editor of the weekly Austin Citizen.

He has won numerous awards, including the Public Relations Society of America’s top national honor, the Silver Anvil, twice. Hicks holds a BA degree from the University of Houston.