3 Skills Every CEO Should Learn from a Communication Coach 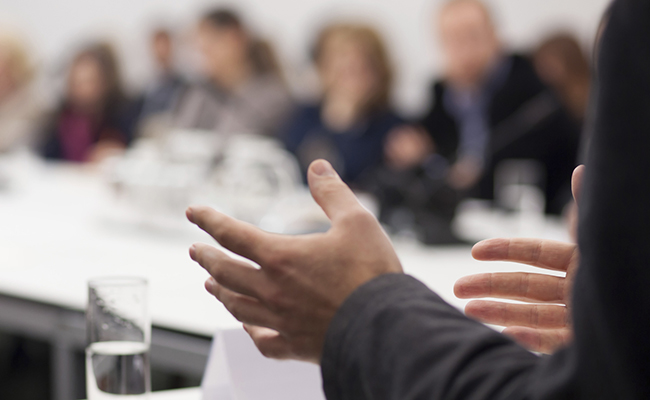 The ability to communicate effectively is frequently ranked the No. 1 key to success by business leaders. In one survey, American executives earning more than $250,000 a year were asked to cite the primary factors in achieving success. First on their list? Communication skills – the same skills any CEO can learn from an experienced communication coach.

Ironically, one executive who would probably agree with this ranking is someone whose own communication skills were seriously subpar – former BP CEO Tony Hayward. After BP’s disastrous oil spill in the Gulf of Mexico in 2010 was finally contained, Hayward acknowledged in a BBC interview, “If I had done a degree at RADA (Royal Academy of Dramatic Art) rather than a degree in geology, I may have done better.”

So, do business leaders need to enroll at this prestigious drama school in London? No. But they do need to master these three skills, with the help of a communication coach.

Skill #1: The Ability to Communicate in a Crisis

In the past, most CEOs didn’t see crisis communications as part of their job. Some kept a low profile during a crisis, preferring to let others speak for them or waiting too long to speak for themselves.

During its massive tire recall in 2000, Japan’s Bridgestone Corporation Chief Executive Yoichiro Kaizaki remained silent as public outrage mounted and the company’s value in the Japanese stock market dropped by half. Nearly a month after the crisis surfaced, Mr. Kaizaki finally spoke publicly.

Contrast that to what Delta Airlines CEO Ed Bastian did on August 8 of this year when a power outage took down the company’s computer system – causing more than 1,000 flights to be cancelled and another 3,000 to be delayed. Within hours, Bastian took to the airwaves and internet repeatedly to apologize for the problem that lasted several days.

Crisis communications is no longer a spectator sport for top executives, and training with a communication coach is vital. Here are the new rules:

Skill #2: The Ability to Communicate with the News Media

Despite what some might think, traditional news media (both print and broadcast) are still important communication vehicles. So it’s critical for CEOs to have a working knowledge of the news media, including how to talk to reporters.

Let’s say your company gets a call from a business reporter who follows your industry and would like your perspective on a particular issue. Declining such interview requests (or failing to seek out such opportunities) is common practice, but may also be a mistake. People like doing business with industry leaders, and speaking for your industry is one way to demonstrate leadership. Seeing or hearing your views expressed publicly, customers gain reassurance that their purchasing decision was correct. Former customers may re-evaluate their decision to go elsewhere. And prospects may take a closer look at you.

Talking to business reporters is a way to shape the discussion of key issues within your industry. What’s more, some media interviews are opportunities to obtain information as well as provide it. Trade and other business reporters regularly talk to various sources. As a result, they uncover a wealth of information, not all of which is reported. They may be willing to share some of that information, but only if asked.

Establishing a dialogue with business reporters is an investment – one that can deliver results at lower cost and with greater credibility than advertising and other forms of sales promotion. Today’s CEO should know how to succeed in print and broadcast interviews, including “remote” or satellite interviews, and a great communication coach can help.

Skill #3: The Ability to Deliver an Effective Presentation

First, let’s acknowledge a sad truth: Most business people, including many CEOs, have poor presentations skills. On a regular basis, audiences are subjected to boring, poorly crafted, PowerPoint-heavy and poorly delivered presentations. That’s too bad because good presentations have the potential to transform audiences.

CEOs today can no longer expect employees and others to hang on every word they utter. Like anyone else, executives face audiences with short attention spans, a desire to be entertained, and a tendency to multi-task. What’s more, today’s audiences are more prone to be judgmental – and they are judging your presentation by what they saw on television the night before. In short, they expect leaders to perform brilliantly! Fortunately, not only can these leaders learn from a communication coach, but they’ll also receive valuable instruction from presentations training.

Here’s what CEOs must be able to do:

Like the sports we’re currently watching at the Rio Olympics, communication is a skill. And skills can be taught, learned, and improved. CEOs who can communicate clearly, concisely, confidently, and charismatically will get others to listen to, understand and act on what they say. They will also have lots of job security. Once you find the right communication coach, like the ones we have here at The Ammerman Experience, anything is possible.