Communicating with the News Media: What to Do When the CEO Can’t Cut It 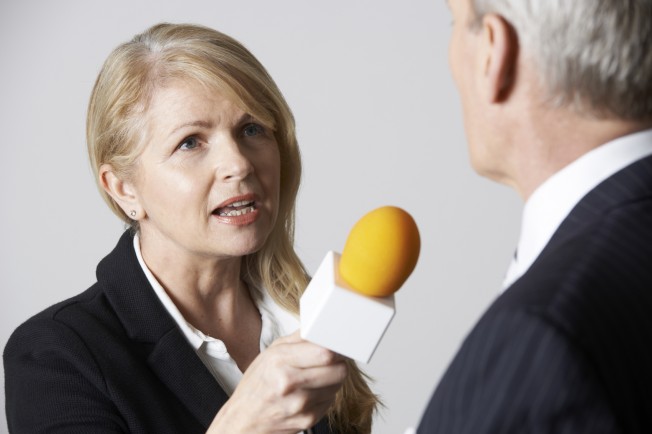 Before Deepwater Horizon in 2010, the largest oil spill in the United States came from the Exxon Valdez tanker operating in Prince William Sound in Alaska in 1989.

In both disasters, the CEO of each company demonstrated some pretty poor – make that very poor – media communication skills!

Tony Hayward, then CEO of BP, at first downplayed the environmental impact of the spill – providing extremely low and inaccurate estimates of the amount of oil being released. What’s more, he was often combative with reporters covering the incident. And who could forget that infamous quote? “There’s no one who wants this thing over more than I do. You know, I’d like my life back.” Ouch!

Twenty one years earlier, Lawrence Rawl, CEO of Exxon, was even less skillful. He did not comment publicly about the accident for six days – sending out several lower-ranking executives to deal with the press. When he finally appeared on CBS for an interview, his performance was disastrous. Among other things, he looked and sounded angry, his answers were long and convoluted, he seemed to pick a fight with the news media, and came across as decidedly defensive and unapologetic. We still occasionally show that interview in some of our training – as an example of what not to do.

Although there may be times when it’s inappropriate for the CEO to serve as a spokesperson – such as when a reporter simply requests an interview with that individual or when the issue or event doesn’t call for an “executive response” – top executives today must be willing and prepared to put themselves in direct contact with the news media. Gone are the days when they can pass that responsibility on to a subordinate or the PR spokesperson.

All of this raises the question, “What do you do – especially in a crisis – when your top executive has sub-par media communication skills?” Here’s our advice:

▪ Invest in media training. The time to learn how to participate in an interview or conduct a press briefing is not during the real thing. Learn how the “game” is played beforehand. And make sure the training includes practice interviews that are recorded and critiqued.

▪ Find your comfort level. In a press briefing or news conference, decide whether you prefer to speak using bullet points or read from a prepared text. Either approach is appropriate.

▪ Avoid “going live.” Live interviews can be tough. Just because the reporter wants to interview you live, doesn’t mean you have to agree. Politely indicate that you prefer to do a recorded interview.

▪ Don’t try to do it all. The CEO’s communications role in a crisis is usually to give the “30,000-foot view.” That is: express the appropriate sentiment about what happened. Leave the details to someone else.

▪ Become a critic. Every time you do an interview (especially a broadcast interview), critique your performance. Note what you did well and where there was room for improvement. Also, watch TV news and assess the media skills of executives and others you see.

▪ Issue a prepared statement. Although a written statement (e.g., a press release) lacks the power and transparency of an in-person interview, until you’ve honed your media skills, communicate your message through the written word rather than the spoken word.

The ability to communicate effectively is frequently ranked the number one key to success by business leaders. And for CEOs, having stellar media communication skills is a must.