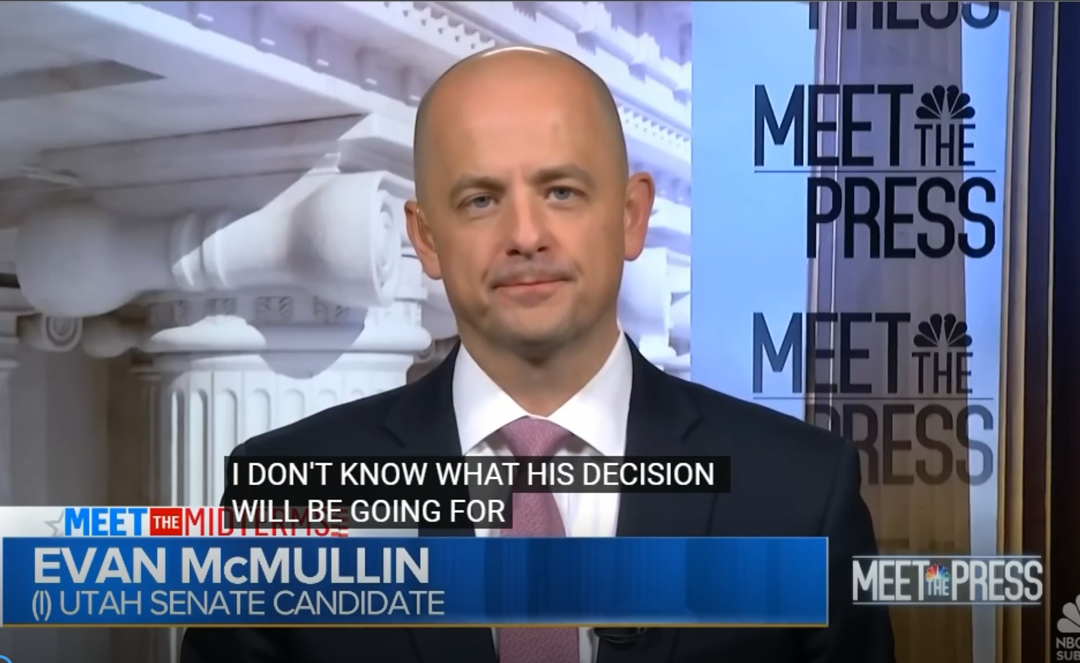 Why do Americans tend to distrust politicians? In part it’s because politicians tend to ignore questions during an interview and, instead, turn to prearranged talking points without even acknowledging the questions. Or they intentionally muddle their answers in such a way that frustrates the audience and leaves them wondering what the politician really believes.

So, it’s a bit ironic that we point to a politician whose messaging on a crucial topic in his campaign is clear and concise. Evan McMullin is an independent candidate running to unseat incumbent Utah Republican Senator Mike Lee. If elected, McMullin’s critics claim he will abandon his independent status and join up with Democrats to oppose the Republican agenda. But in an interview on NBC, McMullin insisted he would remain an independent and stuck to his message by bridging.

McMullin’s answer left no doubt that he intends to remain independent of both political parties. His message could not have been misunderstood. As a communicator, you also want to make sure your messages are clear and not susceptible to misinterpretation. Whether it’s an interview, a presentation, or a crisis news briefing, your must formulate key messages ahead of time, practice reciting them, and then deliver them with authority and clarity. If you do, you won’t sound like a typical politician. And that’s a good thing!