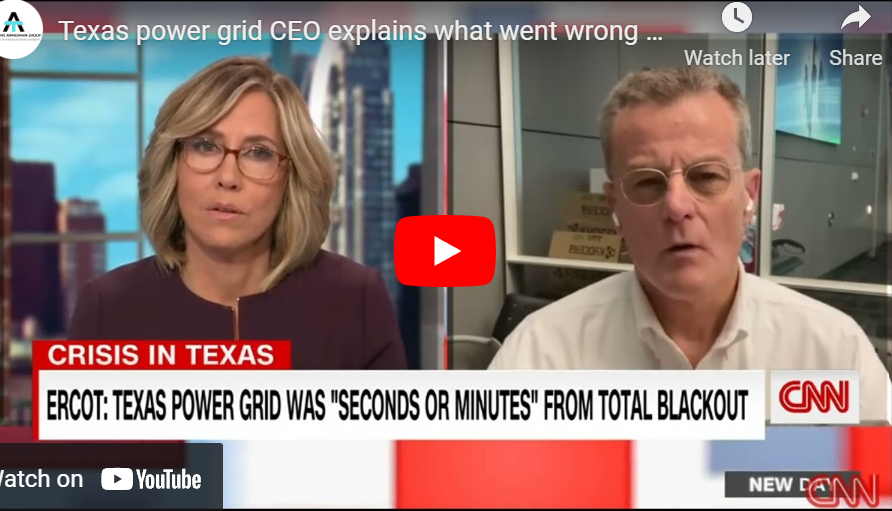 Does your company want to have a positive influence on your community? If there’s a crisis involving your firm or organization, do you want those impacted to have confidence you have the right people, doing the right things, at the right time? Of course, you do! But establishing that reliable reputation doesn’t just happen.

In short, you have to be an educator before you can be an influencer. We believe educating your community about what you do and what issues are important to you helps build a constructive relationship that serves you when something goes wrong.

While working with a client recently on this concept, we pointed to the Texas Freeze of 2021. An agency most Texans had never heard of suddenly found itself front and center during the crisis. The Electric Reliability Council of Texas, better known as ERCOT, manages the Texas electric grid by directing electricity generated by energy producers to homes and businesses throughout most of the state.

When the freeze hit and blackouts occurred, it was easy for state officials to blame ERCOT because the agency had failed to educate the public on its purpose and responsibilities. So, ERCOT’s CEO Bill Magness went on television in the midst of the freeze to describe the agency’s role. Click below to view his explanation.

While the explanation by Magness was accurate, his attempt to educate the public about ERCOT’s role as an “air traffic controller” in the distribution of electricity came much too late in the crisis. Therefore, ERCOT was unable to influence the public’s perception of why the power outages occurred and Magness was fired.

In some cases, companies and organizations have the resources to educate the public about their roles and responsibilities before a crisis develops. Whether you do or not, challenge yourself to create a simple 30-second or less explainer of what your company does. Use what we call “the language of the living room” in the explainer.

Your commitment to doing this can make all the difference when the time comes to influence your community during a crisis or on an issue that’s important to you.