Controlling Emotions with the Media and Thousands of TV Viewers Watching 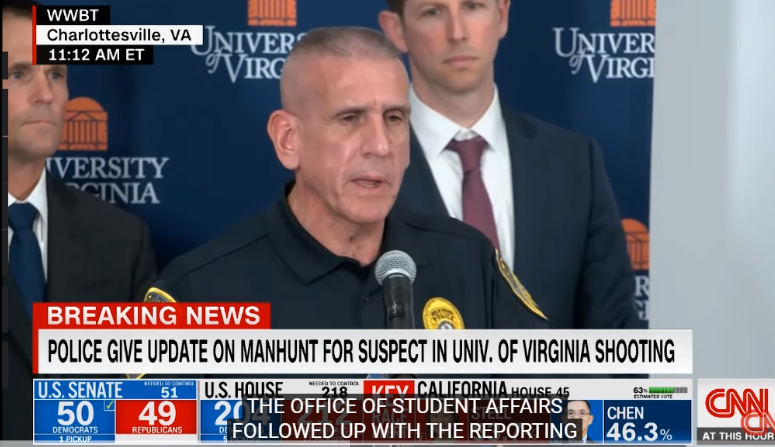 Conducting a news briefing in the midst of a deadly tragedy is never an easy thing to do. It takes preparation and a laser-like focus to deliver key messages without getting sidetracked.

So, if you’re holding a news briefing and something unexpected occurs, it may take all the poise you can muster to maintain control and move forward.

This scenario unfolded at the University of Virginia as the school’s police chief briefed reporters on the campus shooting that left three football players dead and the alleged shooter on the run. On live television, Chief Tim Longo was outlining the investigation and efforts to find suspect Christopher Darnell Jones when a colleague interrupted him and whispered something in his ear. In the clip below, you will see Longo absorb what he was just told, relay the information to the media, then take time to gather himself before continuing with the briefing.

The suspect’s arrest was an emotional development for the chief. To his credit, Longo didn’t try to resume the briefing before he was ready. He took more than 20 seconds to silently rein in his emotions before continuing. And that was okay. By keeping control of his emotions, Longo also maintained control of the news briefing. That was his goal and it should be yours in a news briefing or any encounter with the media. If the unexpected occurs, take time to gather your thoughts and curb your emotions. In doing so, you will enhance your credibility and make it more likely your messages will reach your audience.